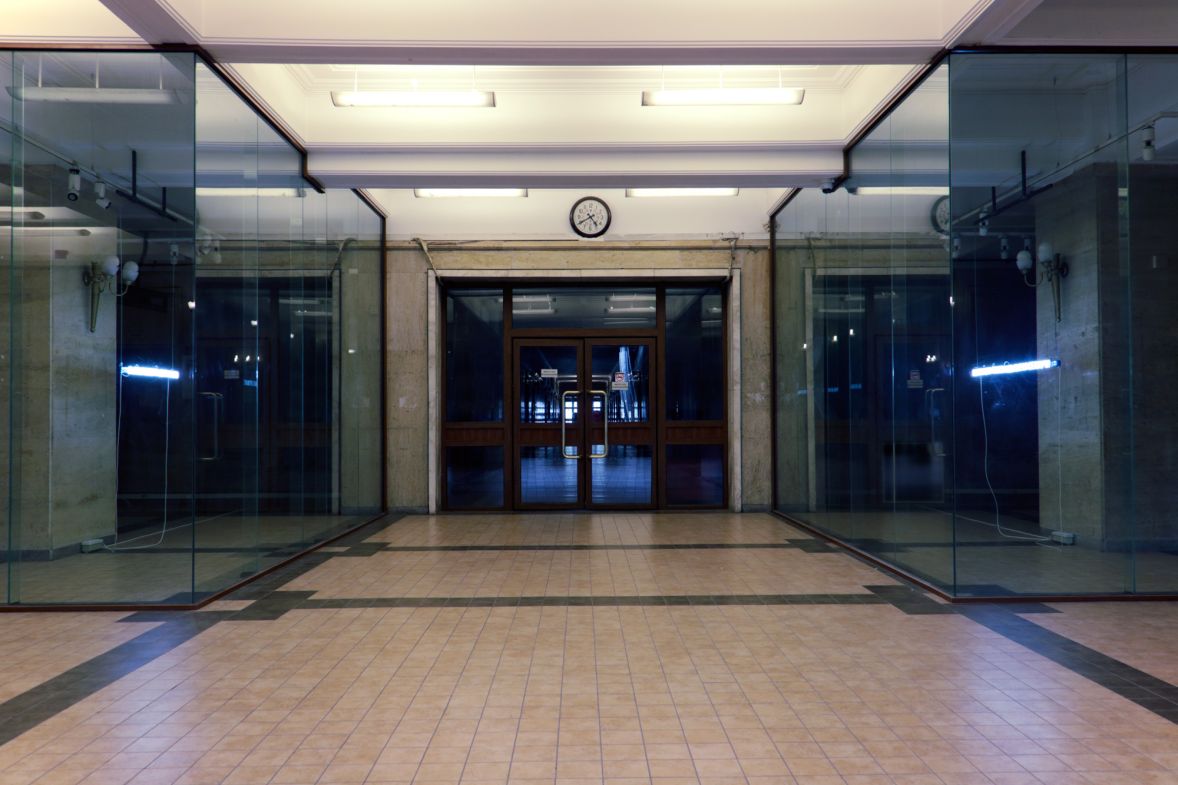 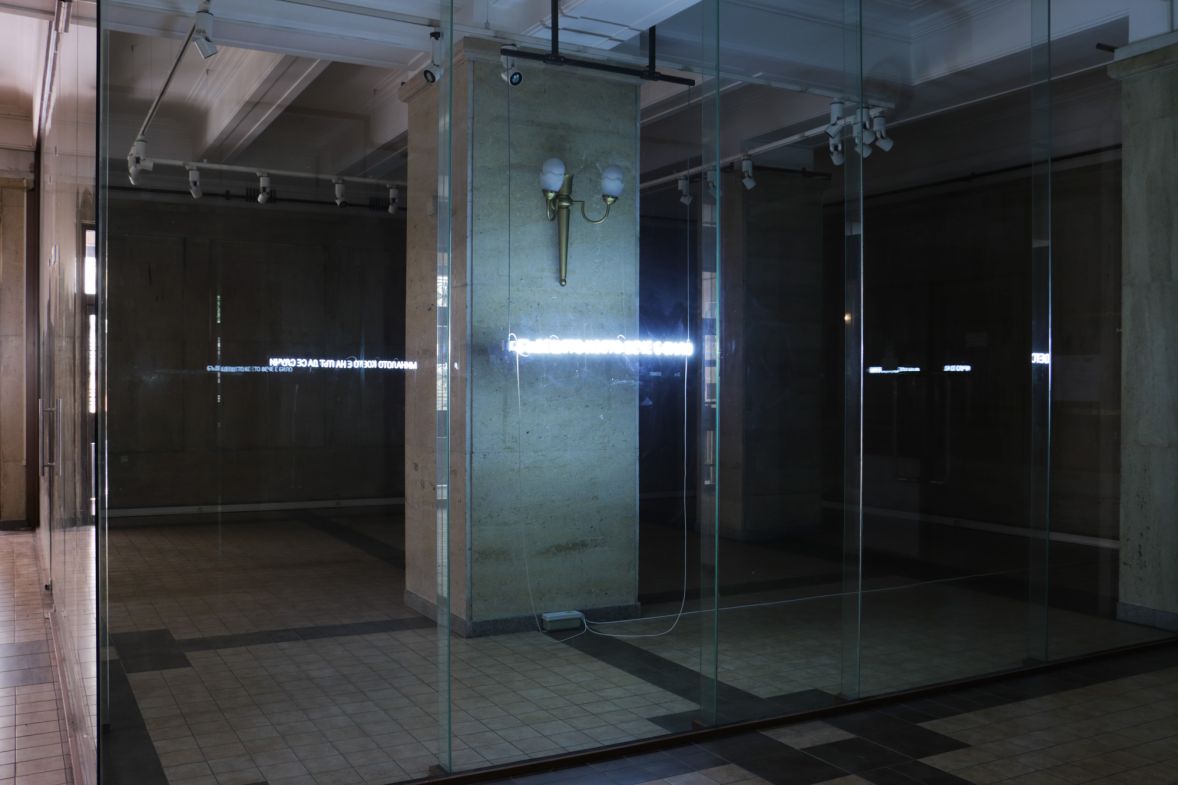 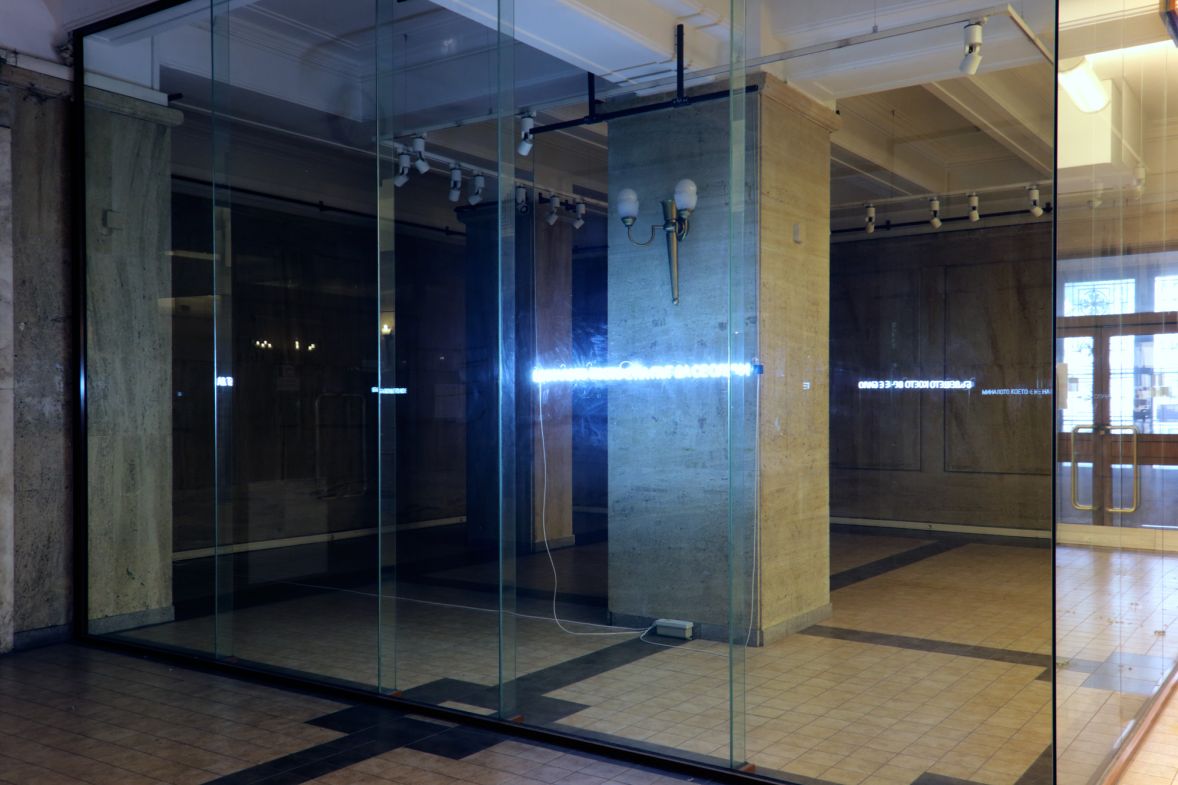 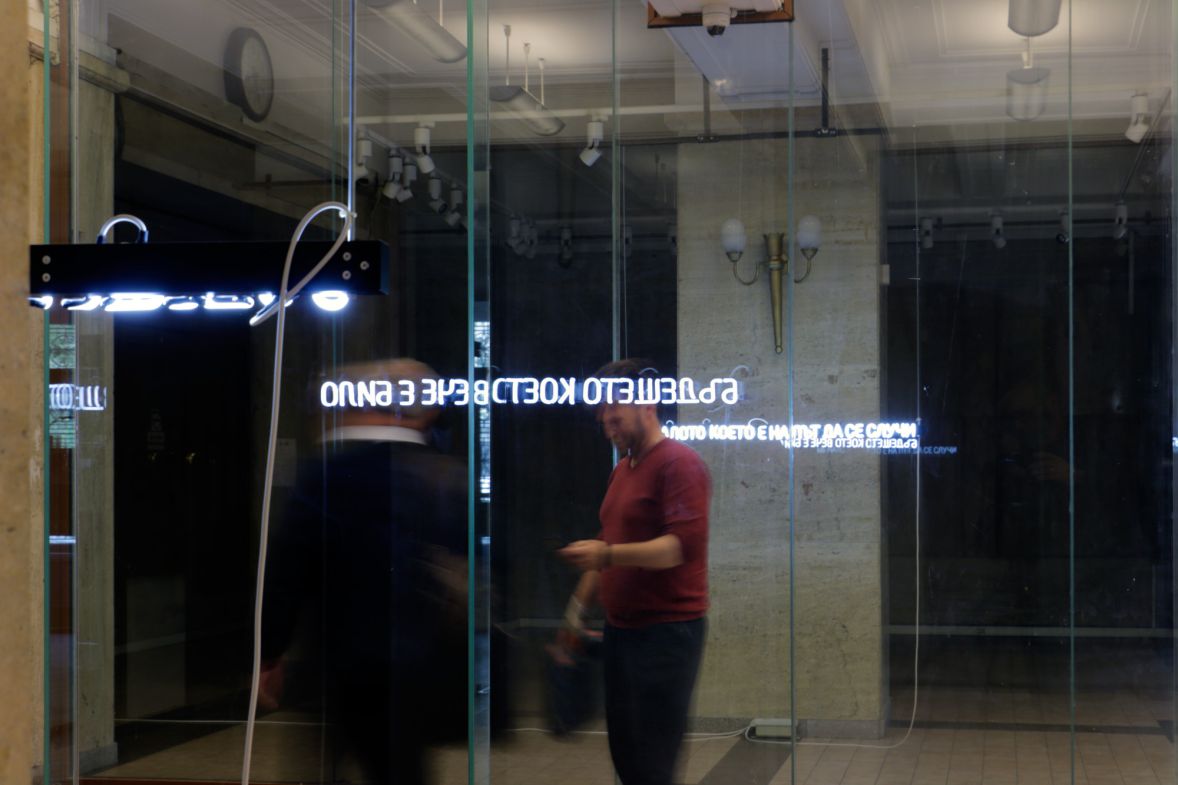 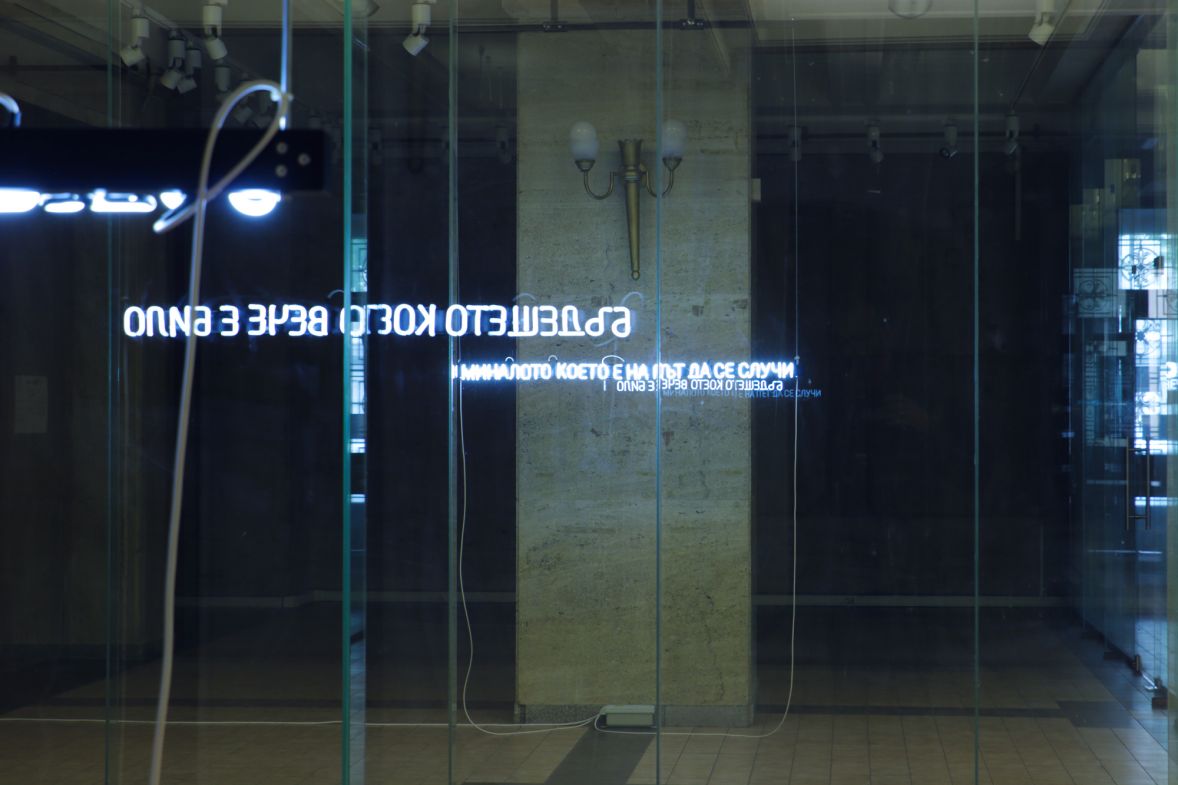 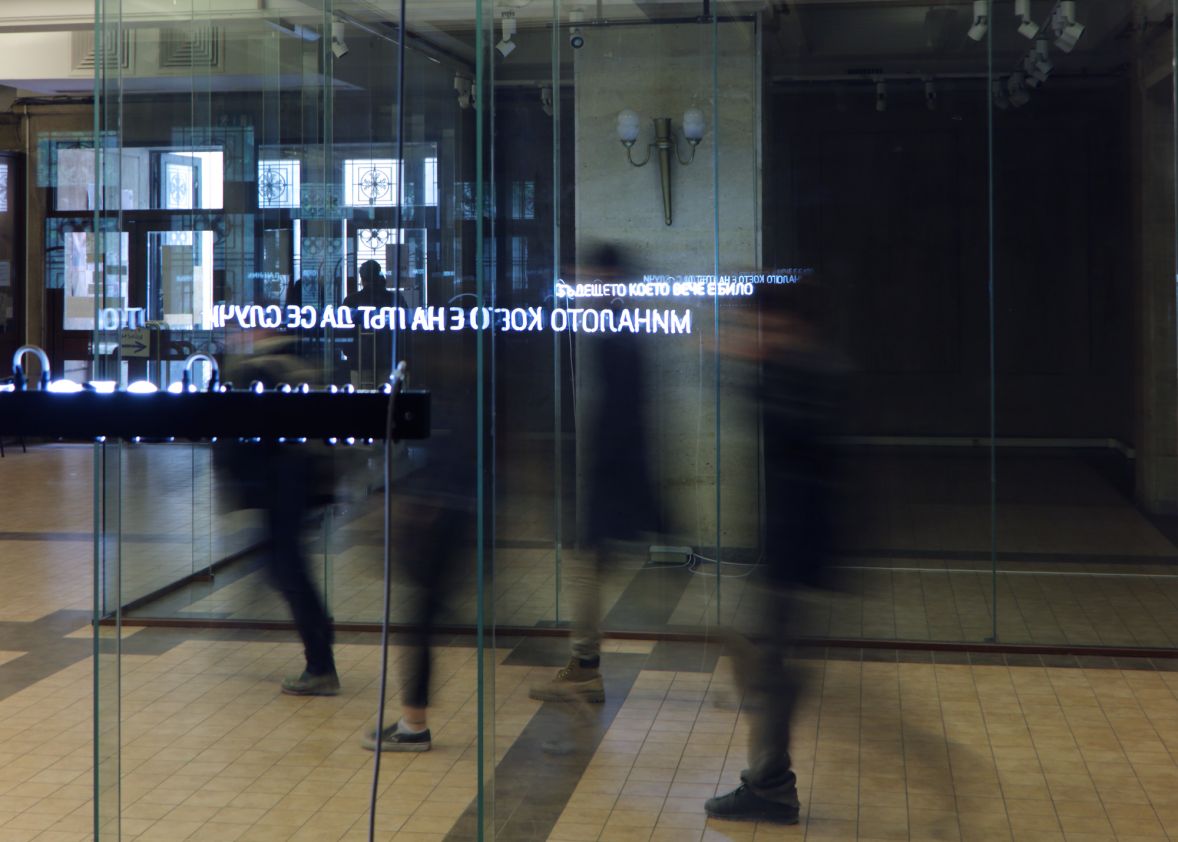 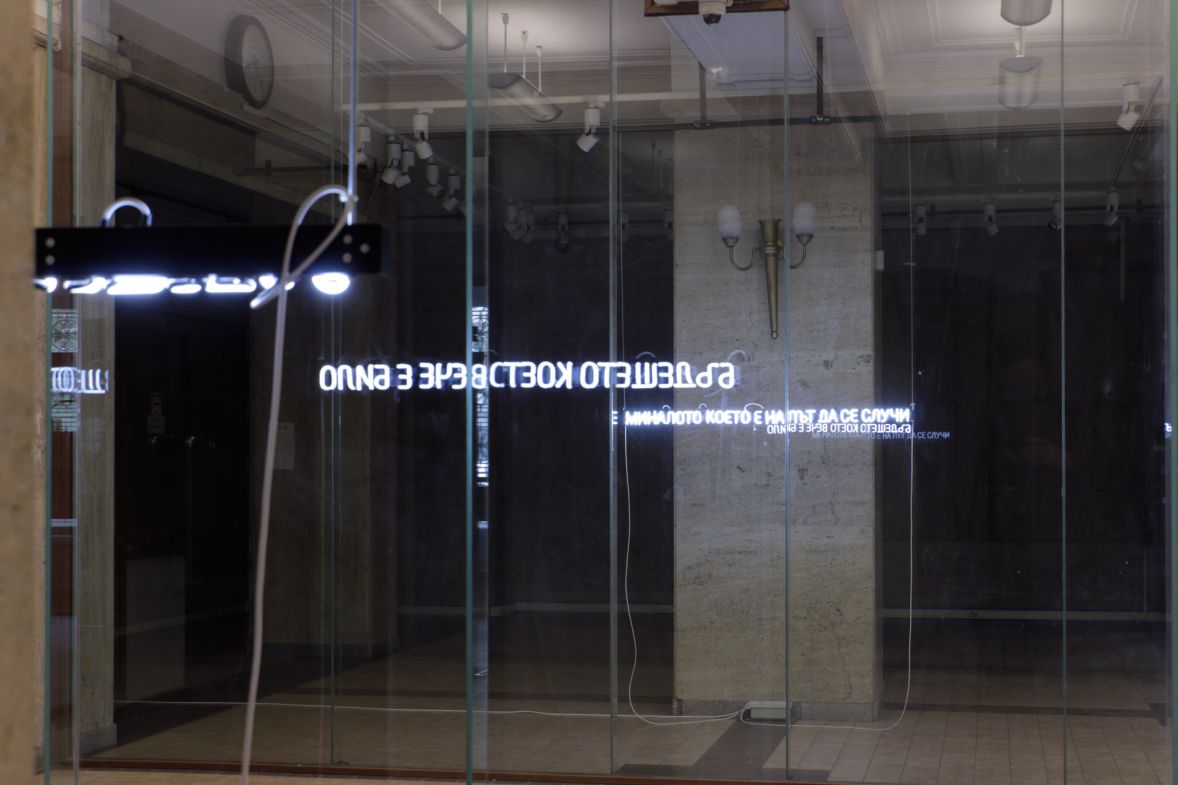 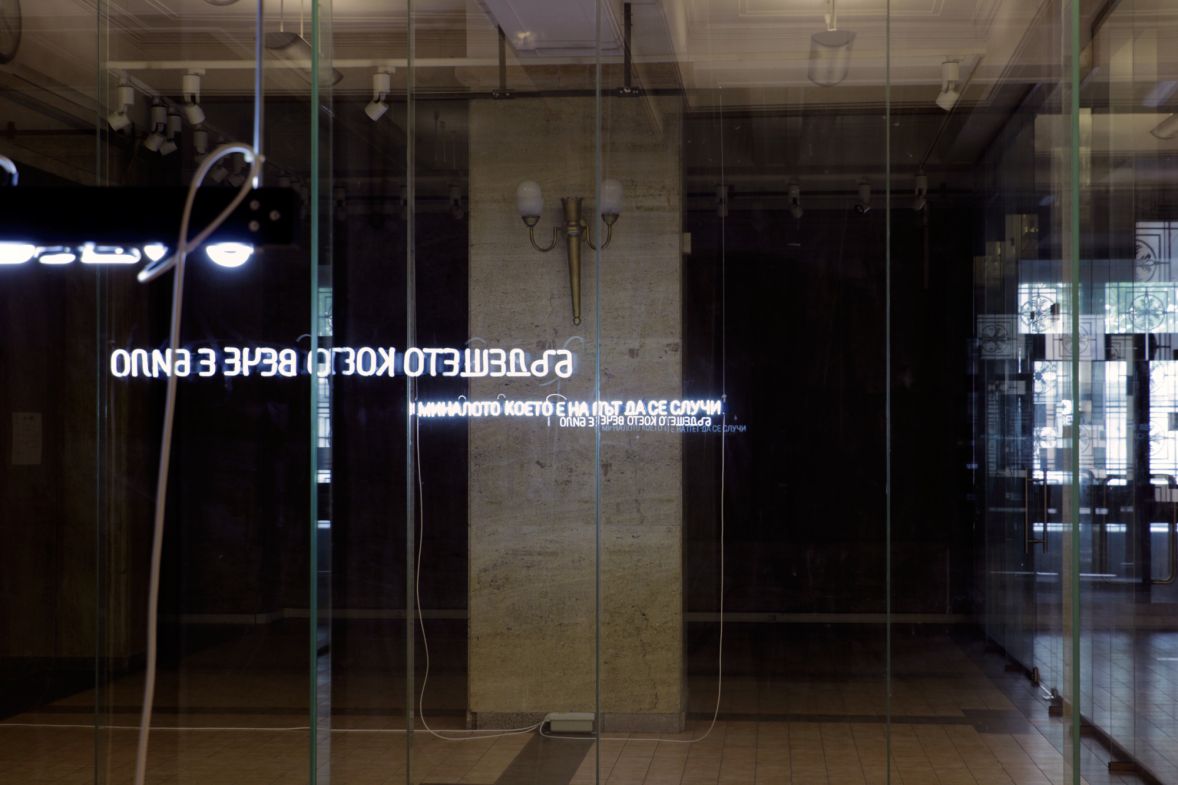 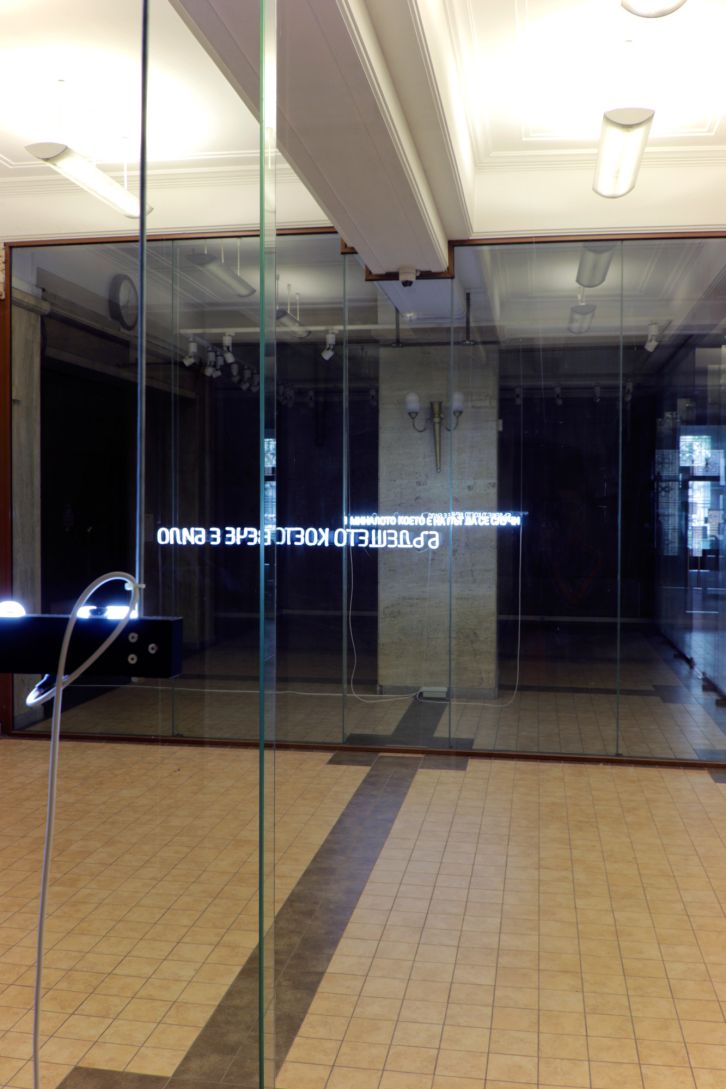 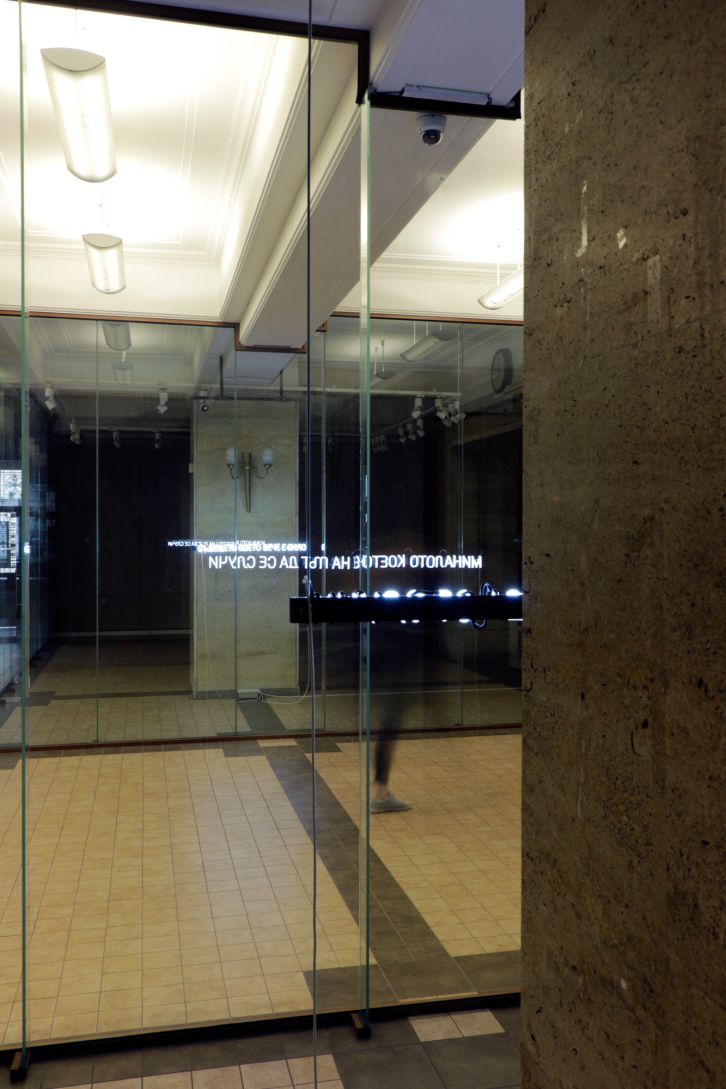 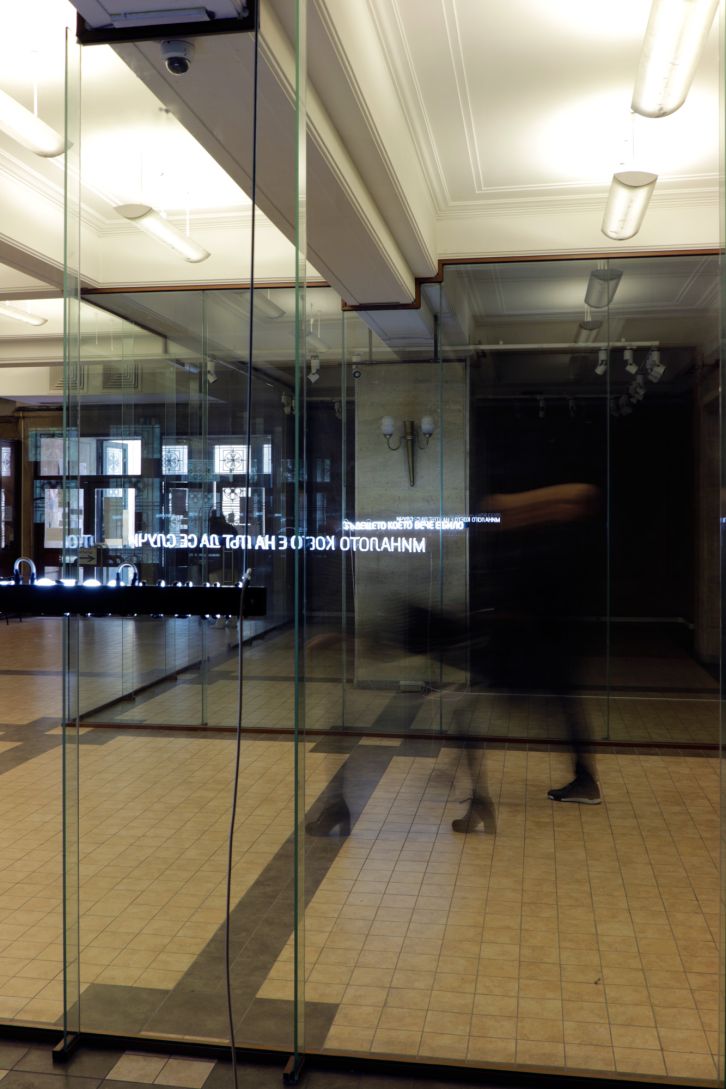 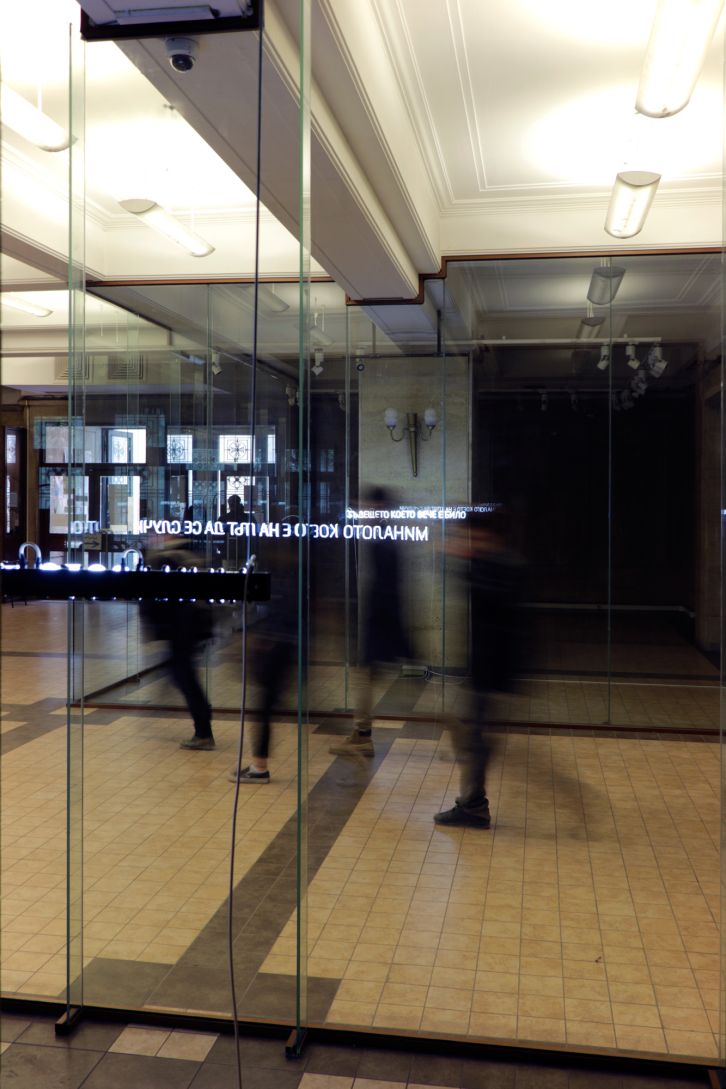 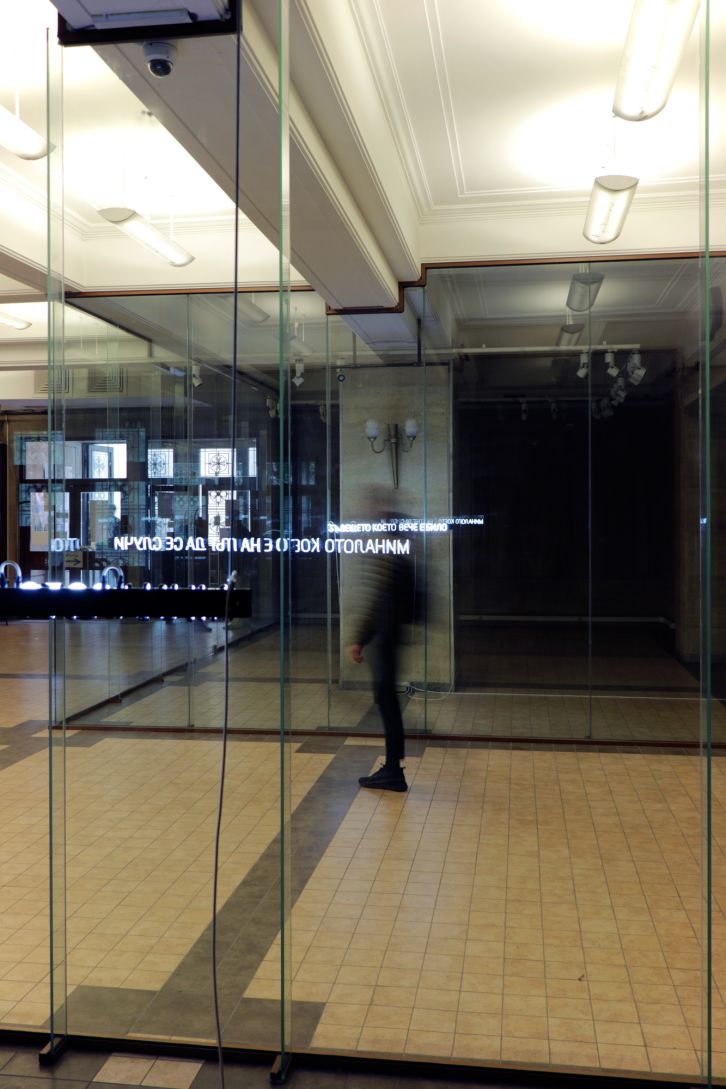 Drift is the gradual departure of a sea vessel from its intended course under the influence of air or water. Isn’t something similar happening to the times we are living in? Aren’t they gradually shifting their course from the past towards the future, under the force of suddenly emerging currents? According to the artist Krassimir Terziev, “we are undergoing a peculiar time warp or turbulence today, in which the past is reprocessed into delirious phantasmagoria – new national origins, ancient ancestries and so on, while we think of the future in recycled retro-futurist imagery from the 1970s. Elon Musk launched his cabrio towards the sun with the dummy driver Starman (parroting the Soviet mannequin Ivan Ivanovych) and quotes from Douglas Adams…”

This perception of the present is synthesized in Terziev’s phrase “Between the past that is about to come and the future that already was”, separated in two parts and displayed in large neon letters in the two glass cubes of Alma Matter Gallery. Every day, the students, lecturers and employees of Sofia University will walk between the two parts of this phrase, ironically fashioned as an advertising sign, without being able to read it in its entirety. Depending on their direction of movement, they will see only one part, having to complete the other themselves. Is it possible that time resumes its natural course?